A Word From Dennis Conner

“I’ll join the largest group of olympic medalists ever Assembled to award the cup!”

In 2022, I will join the largest family of Olympic medalists ever assembled in the same competition, to award and to celebrate the winners of the SSL GOLD CUP. Drawing inspiration from the football World Cup, the SSL GOLD CUP is not a financial or design competition: it’s a true sporting challenge among nations that celebrates the best sailors in the world and that will bring together a global audience with its appeal to national pride.

When I started sailing, the true legends, Stralino, Elvstrom, North, Buchan, Melges, de Cardenas, Knowles, were the motivating examples that pushed me to progress and that guided my way. I think that Schümann, Grael, Coutts, Ainslie and Cayard were also inspired by Olympic heroes to become themselves legends. Contemporary youth has the same desire as us: it seeks the heroes who will be their role models and who will give meaning to their daily lives. And rightly, the SSL GOLD

It’s why I’m proud to be the Honorary President of the Star Sailors League.

The SSL GOLD CUP is like the football World Cup for sailing: a competition among countries that identifies and crowns the top sailing nation.

Developed with the guidance of the world’s best sailors and the founders of the Star Sailors League, the SSL GOLD CUP shines the spotlight on the heroes of sailing and arouses the sporting passions of national pride. Raced in high performance boats, all-national crews of nine will provide an action-filled spectacle in the mold of the football World Cup. The SSL47 monohull yachts are big and spectacular. With the goal of encouraging participation from all countries, including small and emerging sailing nations, Star Sailors League provides the boats at no charge to the national teams, for training and for the racing. Established sailing nations will be limited to 10 training days per year. Countries in the World Sailing list of Emerging Nations may train up to 30 days per year. The SSL47 race yachts, coach boats and all the world class facilities of the SSL Training Center in Switzerland are available to all teams at no charge

All 144 nations affiliated with World Sailing may be represented by one team, and all team members must be nationals.

To offer equal chances for all top sailors to participate, regardless of their financial resources, half of each team is selected based on the SSL Global Ranking. The other half of the team will be “Captain’s Selections.”

Like in the football World Cup, early qualification rounds select the teams that advance to the knockout rounds. All racing is with fleets of four boats in each race and four fleets in each of the early rounds, through the quarter finals. Teams will be seeded, with the eight top seeds guaranteed places in the quarter-finals. Two fleets of four race in the quarter-finals to select the four teams that sail the single Grand Final race. The winner of the Grand Final race is crowned the Top Sailing Nation. SSL invented this innovative format. The fireworks in the final race will provide a dramatic conclusion to this global competition.

The first edition of the SSL GOLD CUP will be held in Switzerland, May – June 2022.

The entire concept is endorsed by some of the sport’s most recognised personalities such as Dennis Conner, Torben Grael, Paul Cayard or Xavier Rohart.

Almost all these athletes, and many more, will be present at the SSL GOLD CUP.

All these athletes are in the SSL Ranking which aims to represent a simple and attractive tool of communication used to expand the audience for sailing. It was conceived by a group of Olympic and amateur sailors joined together within the SSL Board.

The SSL Ranking serves as a unified classification of all sailors who compete in the most popular form of regattas worldwide. It is calculated using a mathematical rule which takes into account the sporting results of each competitor over a period of two years.

It aims to represent a reference used to select sailors for the SSL GOLD CUP. 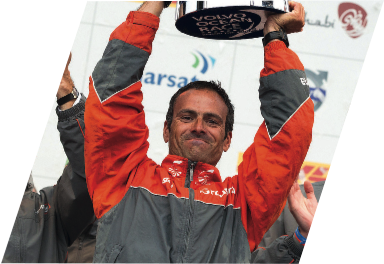 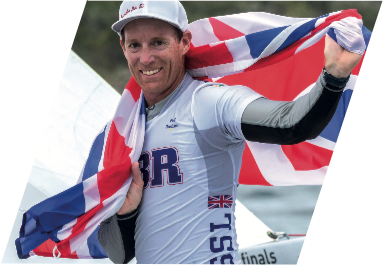 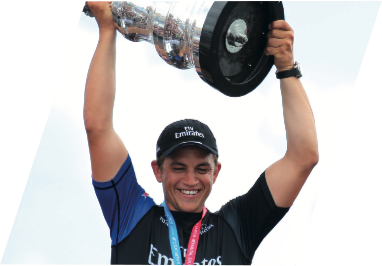