The process for selecting the sailors who compete in the SSL GOLD CUP gives all top athletes an equal opportunity to compete, free from financial or political considerations. The top ranked athletes in the SSL Ranking will automatically be selected. The national teams in the SSL GOLD CUP will comprise 11 of the best inshore sailors from each country, selected according to the rules below. Star Sailors League will name the team captains.

Team captains and their staff are free to invite any number of sailors to train and try out for the national team, sailing in the training sessions on the SSL47 yachts at the SSL Training Center in Switzerland.

The national teams involved in the SSL GOLD CUP will comprise 11 sailors, selected as follows:

• all athletes of the team have the same nationality, according to the Olympic rules

• 4 athletes selected by the SSL Ranking of the Skippers

• 1 athlete selected by the SSL Ranking of the Crews

• 5 athletes selected by the Captain

ROLE OF THE CAPTAIN

Among other tasks, he/she will be responsible for:

• assuming the role of ambassador for the team,

• coordinating all financial aspects of the challenge in collaboration with Star Sailors League. 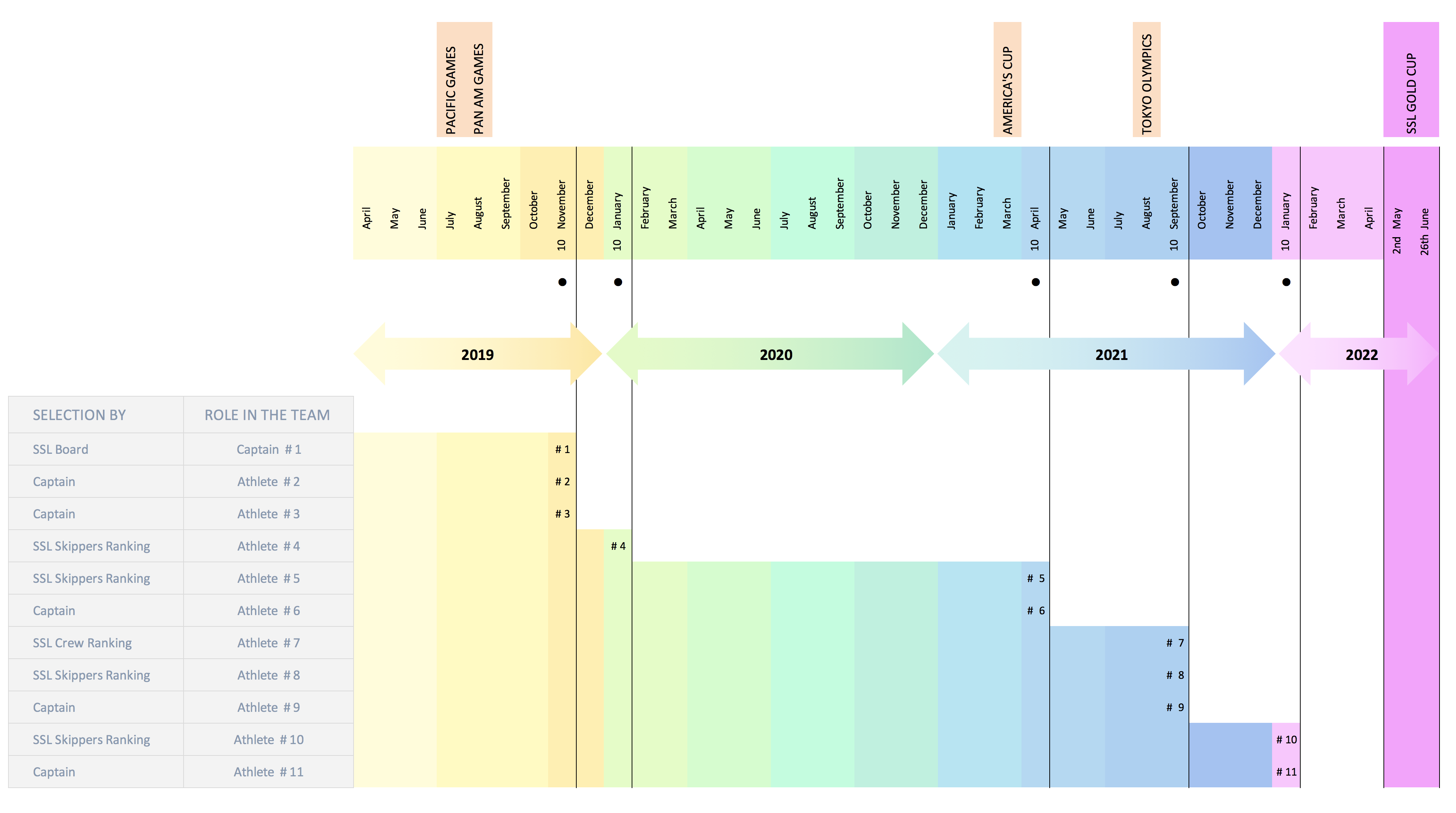 are Eligible For The SSL Gold Cup

The competition is open to 144 countries whose national federation is recognized by World Sailing (WS).

3 GLOBAL ZONES FOR THE 5 CONTINENTS

As in tennis tournaments and in the football Champion’s League, the lowest ranked teams will start the competition first by participating in the Qualifying Phase (divided in 3 or 4 rounds). At the end of each round, half of the teams are eliminated; the rest move on to meet higher-seeded teams. However, to protect emerging nations as is done in the football World Cup, SSL created three geographic zones and allocated a quota of nations for each of the three zones.

THREE ZONES PRESENT AT EACH ROUND

For all qualifying rounds, each new group of nations entering the competition is formed according to the following quota rule:

Forty countries from all five continents confirmed their participation in the first three months of the entry period. With six months until the deadline, we expect to reach 50 or more entries for the inaugural SSL GOLD CUP in 2022.

This means the SSL GOLD CUP will feature all the world’s leading countries in the sport of sailing for this first global challenge dedicated to crowning the top sailing nation. Never before has such a star studded field of athletes come together for a battle among purely national teams.

HALF THE WORLD’S POPULATION REPRESENTED

Like the football World Cup, the SSL GOLD CUP includes all the major sailing nations as well as emerging nations to build its global audience..

Star Sailors League will continue to recruit proactively teams from World Sailing’s list of Emerging Nations. To remove financial obstacles, the boats and training facilities are supplied to all teams at no charge. There is no entry fee for the SSL GOLD CUP or costs related to running the event.

The SSL GOLD CUP is a thrilling elimination series that leads to the supreme title. This innovative format enhances the tradition of sailing competitions and aims to crown the Top Sailing Nation at the end of a final, breathtaking and easy-tounderstand single race Grand Finale . The format was desired and designed by the athletes in 2012, then tested at the inaugural SSL Finals in Nassau in 2013. Since then, it has been used every year at major SSL events and has found its definitive format thanks to improvements suggested by top athletes including Ian Williams, Torben Grael and Robert Scheidt. As in tennis tournaments and the football Champions League, the lowest ranked participants in the SSL Nations Ranking will start the competition first. However, to protect emerging nations, a quota of nations per zone will be allocated in each round until the quarterfinals. 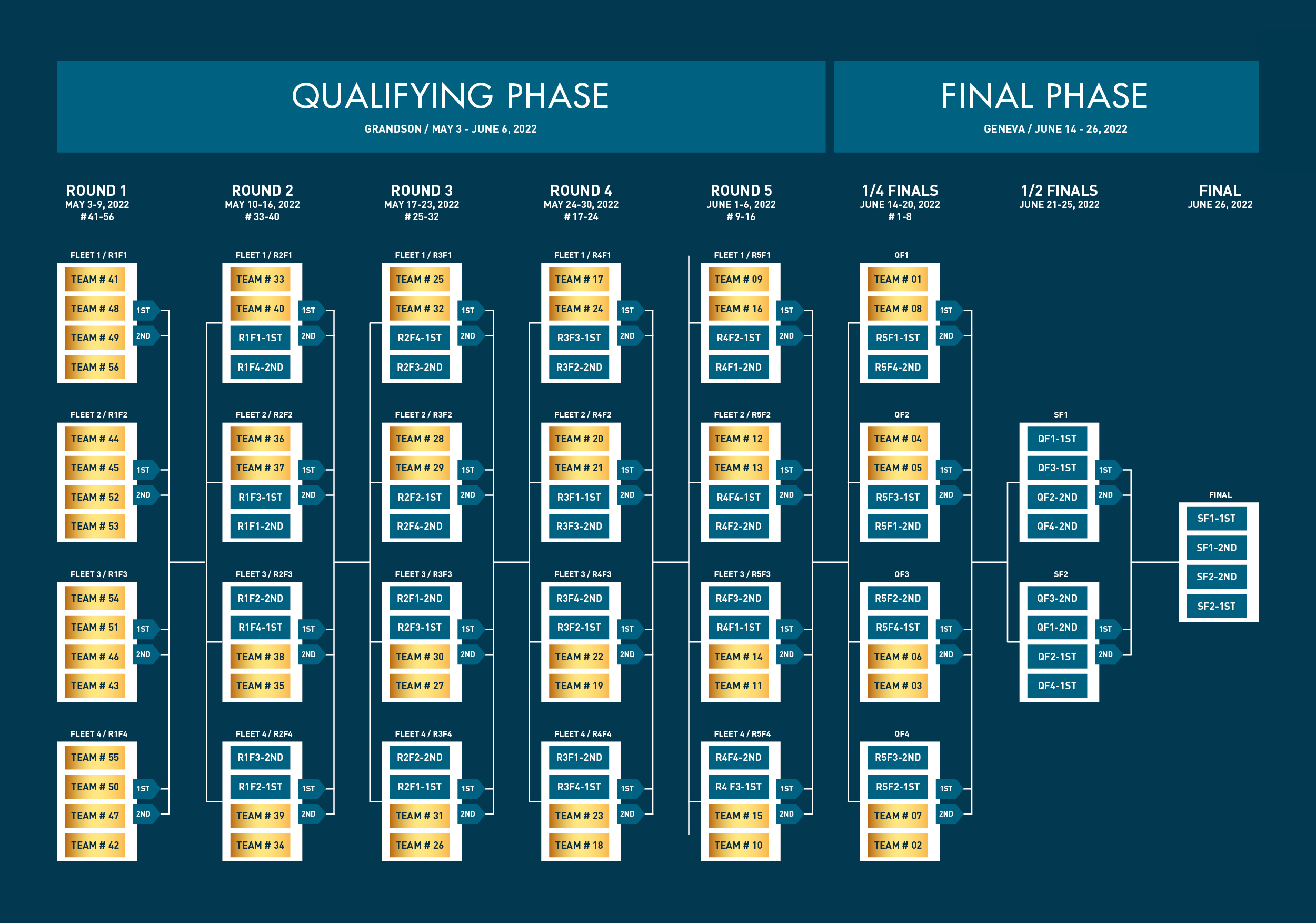